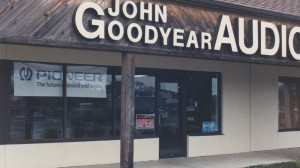 1st Retail Store on Dowlen circa 1987

John Goodyear was raised with music.  His father sang Opera and had a classical music radio show in Houston. He really did not have a choice.  Raised on Big Band and Classical music in the 50’s at a very young age, like all “Boomers” he was drawn to “Rock and Roll”.   He sang in Choirs from age 8 then in the 6th grade….”BAND”.  Clarinet was the start.  But being in band all the way through his graduation at Lamar in 1971, he picked up saxophones and other woodwind instruments as band directors needed.  He was in Jimmy Simmons first Jazz Band when he came to Lamar.

John had some form of record player as he was growing up.  It wasn’t until college that a band fraternity brother introduced him to REALLY GOOD stereo gear.  He could not believe the difference in sound and was immediately hooked.

Classic Rock wasn’t classic yet. It was just Rock.

In the early 70s, things were still “60s groovy.” Electric Ladyland was still fresh on everyone’s mind. The Beatles weren’t together anymore, but the former members were releasing solo albums. This was the world John Goodyear lived in when he was offered a job as a salesman at Dyer Electronics, one of the local “stereo shops” as they were called back then. Rock and roll, vinyl LPs, Jimmy Page, Keith Moon, the Stones.  Six months later he was the manager.  A few years later the company was sold.  Their form of business was not customer oriented so John decided to take a break. 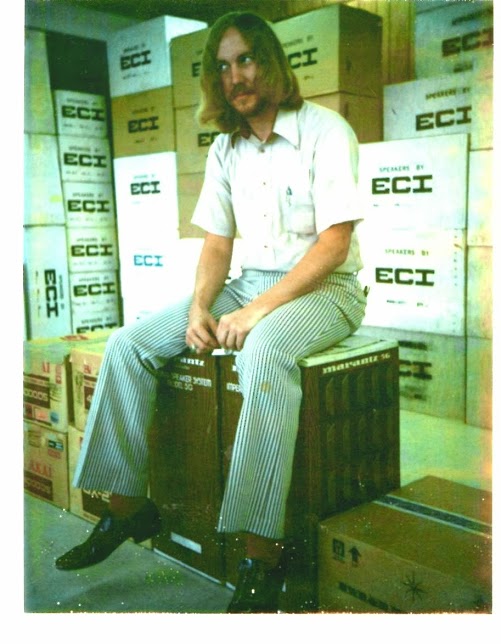 John had advertised with many of the local radio stations in the area for the stereo shop and got to know many of the people that worked there.  When the word got out, KOLE-AM came calling.  They wanted him to do advertising AND air shifts, something that John had never done. However with his deep Bass voice they thought he might work out OK.  The station then bought KZOM-FM.  After 5 years, and always dreaming of opening his own stereo shop, an opportunity came available.

Leaving the glamours world of radio behind, He and another person open a small stereo shop in Beaumont for a few years.  Then John left and opened John Goodyear Audio on Dowlen.  A retail store in the design of  the classical stereo shops but now he added car audio, video and eventually Custom Home Installation.

Custom Installation and the Speed of Change in the Business

The 90’s were an era of huge change in the business as as Big Box Electronics store opened around the country.  Back then, there were  six local stereo shops. Compared to the competition, there was only so much business to go around. As Custom Installation had become the major part of his business, John made a major shift.  He eliminated retail and car stereo and focused on the area that most stereo shops had ignored and the Big Box stores could not offer.

It was tough for a while as suppliers were slow to embrace an installation only business concept.  But John knew other dealers in Texas that he had become friends with over the years and they were having success with the business model.

“We don’t need no stikin’ showrooms.”

One of the huge advantages the John had was he could design systems using a wide variety of gear.  He wasn’t limited to what ever he had on the shelves.  This made all the systems a custom system.  So the reason for the name change to “Goodyear Custom Audio Video” in 1996.

“That first shop was not in an ultra-visible, heavily trafficked area,” John said. “It was fine if you were looking for a custom installed system and you’d heard about us, we would get the call and visit the house or new construction job site and talk to the customer there.  That is where our famous “SHOP@HOME” came from.

The rate of change in this business has accelerated. By 2019 John realized he could not oversee all the jobs as he once was able.  As a result he closed the retail side and moved into offices on Gladys. Change the name to Goodyear Home Technology and limited his jobs to project work with out the time demands of retail.  That is where he is today. Give him a call.

“Just wanted to drop you a line and let you know that my wife and I couldn’t be happier with our new Yamaha surround sound system, Sony Wi-Fi Blu-Ray installation and the Universal Remote.  Sounds awesome in all areas of the house (both inside and outside!)  Mike and Jeremy were awesome…thorough and patient, and explained everything to her satisfaction.

All the best to you all and thanks for everything!!!”

“The system sounds great and Mike was very helpful explaining all the controls.  I have already told two of our friends about you that are looking for systems.  Thanks for all your Help.”

“I have already told several about your services.  I have been VERY impressed (especially with your patience with me).

“Sorry you fell off the ladder during the projector install but the new 4K projector you installed is an incredible upgrade.  Thanks a lot.”